Difficult situations where Simplified Financial was able to improve the outcome. 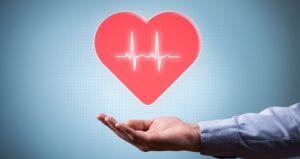 Critical Illness – Covered vs. Not Covered

Recently, we had two young women come to us with the same type of cancer diagnosis. However, the outcomes were completely different. One had Critical Illness Insurance, and the other did not.

Covered by Critical Illness Insurance: This woman was able to apply. She received her lump sum and knew that her financial situation was going to be fine. She was able to rest at home, and not having the financial stress aided her in a quick recovery. She had peace of mind. She placed her additional funds into her TFSA, and she returned to her employment fully rested and well, both physically and mentally. She did not need to trouble her family for additional funds or support, and for that, she is very grateful. The Critical Illness policy was one of the best things she did for her family and herself.

Not covered by Critical Illness Insurance: Ten years ago, this woman’s advisor told her that she would never qualify for Critical Illness, as she was overweight. The insurance provider did not consider her a good risk. She was angry and upset about this situation and did not apply again. Truthfully, she did not think she could.

Since then, insurance companies have made improvements. In the past, a provider might have declined an individual due to their size or family history. This is no longer true when it comes to Life and Critical Illness Insurance. Today, there are more options.

At the time of her diagnosis, this woman had no money. She required a great deal of help and support from various family members and organizations. Later, when she spoke with an advisor at Simplified Financial, she stated that Critical Illness would have been extremely helpful during that challenging time. She mentioned that it would have helped the mental part the most. The lump-sum would have solved her financial problems, and she would have worried less. Her recovery would have been much better with the additional funds and peace of mind.

If she were able to apply for this benefit now, she would.

A client had gone through skin cancer and was in remission. He revealed this during a standard financial review appointment with us. We asked him if he was interested in submitting a claim for Critical Illness from his group benefits. He did not realize this was even an option.

We guided him through the paperwork and claim forms. Eventually, we were able to obtain $10,000 for him. This truly helped his family.

Since we helped them through such a difficult financial situation, Simplified Financial continues to look after their other financial interests. 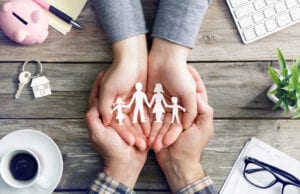 Life Insurance – Death of a Spouse

The spouse of a client passed away suddenly. Simplified Financial was his second call while his wife was on the way to the hospital. We went to the hospital to offer our support and help him with understanding the paperwork and next steps.

We discussed his options, assisted him with the death certificate papers and life insurance claims, and helped him navigate the complex language of insurance companies. More importantly, we provided him with a safe place to express his grief and concerns.

Many companies offer the minimum required. At Simplified Financial, we care for our clients from start to finish.

We had a client that passed away. Her Will was outdated. It made it difficult to track down family members, phone numbers, and addresses. Even the names were outdated since her daughters had married and their names had changed.

Fortunately, we had left a Simplified Financial business card with this client. That made it easier for people to find us, among the many advisors. We were able to locate the Executor, notify the family, and help sort through the paperwork. After we helped take care of everything, the family was able to have closure.

Changes are inevitable. However, by taking the time to do annual reviews and updates, these changes can occur without issues. 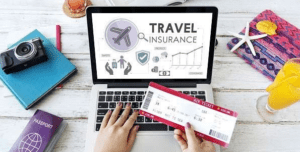 A young man bought travel coverage for a relaxing vacation. While away, he went mountain biking and crashed. Seriously injured, they took him to the hospital in the US. However, the hospital would not admit him until he was able to prove coverage. His injuries were extensive, and it was going to require a great deal of money to make him well enough to travel home to Canada. A friend contacted the young man’s father in Ontario.

The father contacted Simplified Financial! We were able to assist with getting the correct information to the father. The hospital admitted the young man, and they started his care. The insurance company paid directly to the hospital. Moreover, they paid to have the father brought to his son’s bedside. By the end, the claim was over $600,000.

To this day, they are great clients, and they are grateful for the support we offer to them and those they share with us. 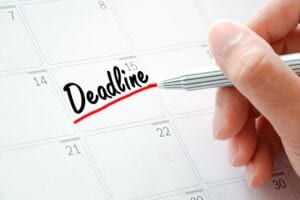 We collaborated with a company that had a group of about 20 employees. They hired a new administrator who was still learning the job. Somehow five employees fell through the cracks and became late enrolments/entrants.

They came to Simplified Financial for guidance. Since we have developed a relationship with our providers, we were able to negotiate a solution. We gave the provider a list of the five employees that we needed to add to the plan. They started an open enrolment. This meant that as long as the late applicants listed submitted their forms, within the time frame provided, the insurance company would add them to the plan with full benefits.

A couple, who worked for the same company, decided that the husband would be the primary plan holder. The wife and their children were dependents on his plan. Eventually, the husband left the company, but the wife remained. Now, the wife had to apply for benefits under a plan of her own and add her children. Since she had been working at that company beyond the deadline, the insurance provider considered them late applicants.

She came to Simplified Financial. We were able to reach our contact at the insurance company and discuss this situation. Since she had been an employee on her husband’s plan, with the same company, and because of our relationship with the insurance company, the provider waived the late applicant status. The wife was able to get full benefits for her and her children.

*This solution is not possible for every case. It helps to understand, 30 days following an employee’s probationary period is all the time an employer has, to complete and send in the application for benefits. If they miss this deadline, the employee falls into ‘Late Applicant Status.’ The individual might no longer qualify for benefits. This is a difficult situation for all parties involved.

Another client procrastinated filling in the forms for her benefits. She legitimately became a late applicant. When she finally sent in her forms, the insurance provider declined to insure her. She came to Simplified Financial.

We went to the insurance provider to see if we could negotiate a solution. They still declined to insure her. A year later, we reapplied. They declined her again. As an alternative solution, we helped her get an individual plan with a separate insurance provider. The company she works for pays half, and she pays the remaining half. 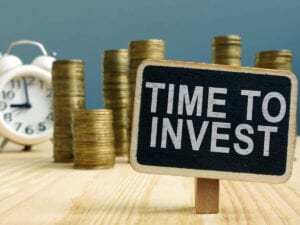 We had a client come to us about funds she wanted to create and secure a safe place to invest. Upon discussion, we discovered that she had these funds reserved for her future retirement. The funds were from a personal pension plan that she had received from a previous employer. She had her funds in a savings account with a Canadian bank in BC and wanted to have them transferred over to us for assistance.

We are stable and consistent with our investment philosophy, and she liked that about us.

We helped her complete the transfer forms so that we could be the ones to help her with future decisions. The funds came with some large fees that required payment before moving the money. Our client paid after we explained the fees associated with the new investment. She was no longer concerned by the fees, as that meant she would always have the same advisor and a trustworthy explanation of her new account. We would be available at any time to assist her with understanding the costs associated with her account. 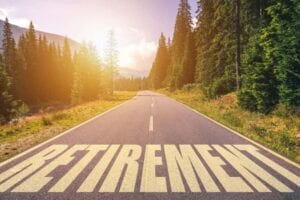 One of our clients, like many, had a number to which she wanted to retire. She called Simplified Financial, and we helped her set-up Segregated Funds within her RRSP and TFSA. She set aside money as she was able. Putting more or less away depending on her situation at the time. Meanwhile, we reviewed her savings quarterly and established a relationship. All was going well when suddenly her husband passed. She discovered that she would not receive the sum that she expected for her retirement following his death.

Unlike a bank, who transfers you from person to person, we had a rapport with this client. Owing to this, we helped her re-evaluate and restructure her accounts. We were able to work with her to formulate options that were right for her. Instead of cutting back hours when she had planned, she kept regular hours for a few extra years to save up the remaining funds she required. When she was ready to retire, we converted her RRSP into a RRIF. She ended up with more than she anticipated.

We have a client, a healthy, non-smoker, 40-year old professional entrepreneur. He had maxed out his RRSP contributions and his TFSA. He had savings that he wanted to re-allocate to an investment that would top up his annual income in retirement without impacting his taxable income. He already had a life insurance policy. It had a portion that he could convert into permanent insurance. He came to Simplified Financial. We illustrated the potential for an Insured Retirement.

We explained that if he contributed $12,000 per year for 8 years (total of $96,000) to the Insured Retirement Strategy, this would purchase approximately $229,000 of permanent life insurance. When he is 65 and ready for retirement, he could access about $20,000 per year via a secured loan for 20 years. ($400,000 total) This is tax-free income. He would have the flexibility to access funds at any time and would never be locked-in to any choices. He would not need to worry about market risk and market timing. Plus, there was the additional death benefit and cash values (less the secured loans) that would go to his beneficiaries.

If he had invested the same funds in a traditional investment, with 3% average returns until age 65, he would have had access to approximately $8,000 per year for 20 years. This would have come with no guarantees and no additional death benefit. Depending on his investment choices, he might have been subject to market risk and taxation.

Get the next edition in your inbox...

Sign up for our monthly newsletters to learn how to simplify your financial goals.