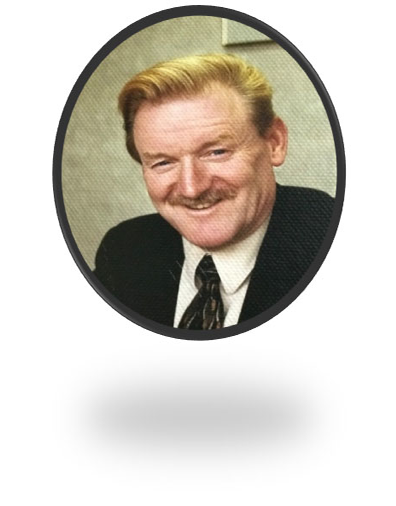 Our Founder John McDermott came to Canada from his beloved Ireland in 1974. He made Maple Ridge his home with his family. He had various jobs until when he discovered a passion for the insurance industry. John was truly an entrepreneur, so a few years later he created Simplified Financial and then Simplified Benefit Systems.

John lived his life to the full and his love and compassion for others was his driving force to make Simplified Financial a successful business. He had a great way of making people feel comfortable and cared for, no matter where they came from. John loved telling stories and with his strong Irish brogue still very prevalent, it proved entertaining for those listening to understand exactly what he was saying.

John could only be described as a character and his warm presence would fill a room. He lived his life with love and integrity and with a twinkle in his eye he could always see the funny side of any situation. We were all privileged to have known him and have called him a true friend.

Time is more value than money as you can always get more money, but you cannot get more time

To give real service you must add something which cannot be bought or measured, and that is sincerity and integrity

Wealth is the ability to fully experience life

We must let go of the life we planned, so as to accept the one that is waiting for us

Better to be a lion for a day, than a sheep all your life